An Arrest Warrant is issued for Marilyn Manson

The singer faces two misdemeanor charges for simple assault stemming from an incident that occurred during one of his concerts in 2019.

The Gilford Police Department (New Hampshire, USA) has issued an arrest warrant for singer Marilyn Manson – born Brian Hugh Warner – who could end up in jail, according to a release published this Tuesday on his official Facebook account.

In particular, the singer faces two misdemeanor charges for simple assault following an incident that occurred at one of his concerts in August 2019, when assaulted a cameraman.

“Mr. Warner, his agent and his legal adviser have known the order for some time and have made no effort to return to New Hampshire to respond to the pending charges,” reads the text, which details that if Justice declares it guilty could face a jail term of up to one year and a fine of up to $ 2,000. 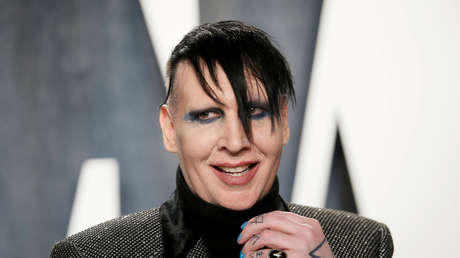 According TMZ, the artist spat at a camera recording the concert. The cameraman, who was near the stage, alleges that part of the saliva fell on his person, indicates the portal, which cites sources familiar with the matter.

It also details that the Gilford Police Department has informed them that, although the alleged victim “suffered no injuries”, accuses Manson of having assaulted him because his act, he argues, involved “unprivileged physical contact.”

Other sources consulted by TMZ have assured that both Manson and his legal team have remained in contact with the police since the incident occurred, about two years ago.

In 2018, the American actress Charlyne Yi, known for her role as Doctor Chi Park in the television series ‘House’ (‘Doctor House’, in Latin America), accused to the American singer of sexual harassment during the filming of the series.

Read Also   Patricia Bullrich surprised and charged against “Pepín” Rodríguez Simón: what did he say?

Last February, American actress Evan Rachel Wood accused Manson for sexual abuse. The complaint was joined by four other women who also assure that they were rape victims and subject to other attacks by the famous rock vocalist.

A few days later, Wood denounced to the artist’s current wife, Lindsay Usich, whom he accuses of having threatened to publish compromising photos taken of him when he was a teenager and that could damage his career.

Did you find it interesting? Leave your opinion in the comments!

Moderna says her vaccine is safe and effective for teens